Our Guide To Beamish Museum

The village of Beamish is located in the northeast of England, not far from the town of Stanley. In the last 3 decades this small, quaint village has grown increasingly famous for one reason … The Open-Air Beamish Museum.

This wonderful museum is a recreation of a typical northern English town from the early 1900s. Well, we say 1900s. Many of the buildings housed within the museum date back another hundred years! Making it a truly unique and inspiring place to visit for people of all ages.

History of the Beamish Museum

The Beamish museum first opened its doors to the public back in 1970 and it’s the life’s work of Dr Frank Atkinson. He was both the founder and director of the Beamish museum and served as a noticeable presence there all the way up until his death in 2014.

His grandiose vision for Beamish Museum began sometime around 1950 when he visited a number of Scandinavian folk museums. He realised that these were the perfect way to maintain and celebrate the country’s local heritage, even as times and tastes evolved.

Well, at this time, England, and particularly the north of England, was evolving beyond its roots as a founding industrial nation. Its industries were declining and he wished to preserve the area’s proud roots as a steel, iron, shipbuilding, and coal mining region.

At the same time, Atkinson was already the director of the Bowes Museum at Barnard Castle. And in 1958, a whole 12 years before the museum would eventually come to life, he issued a statement to local residents of the north looking for items that represented the area’s history.

His policy was famously coined as “unselective collecting”. Nowadays, the Beamish museum attracts more than 300,000 visitors a year. So it’s fair to say that Dr Frank Atkinson succeeded in his mission to preserve the traditions, dialect, and customs of northern English towns and villages in both the 19th and 20th centuries. 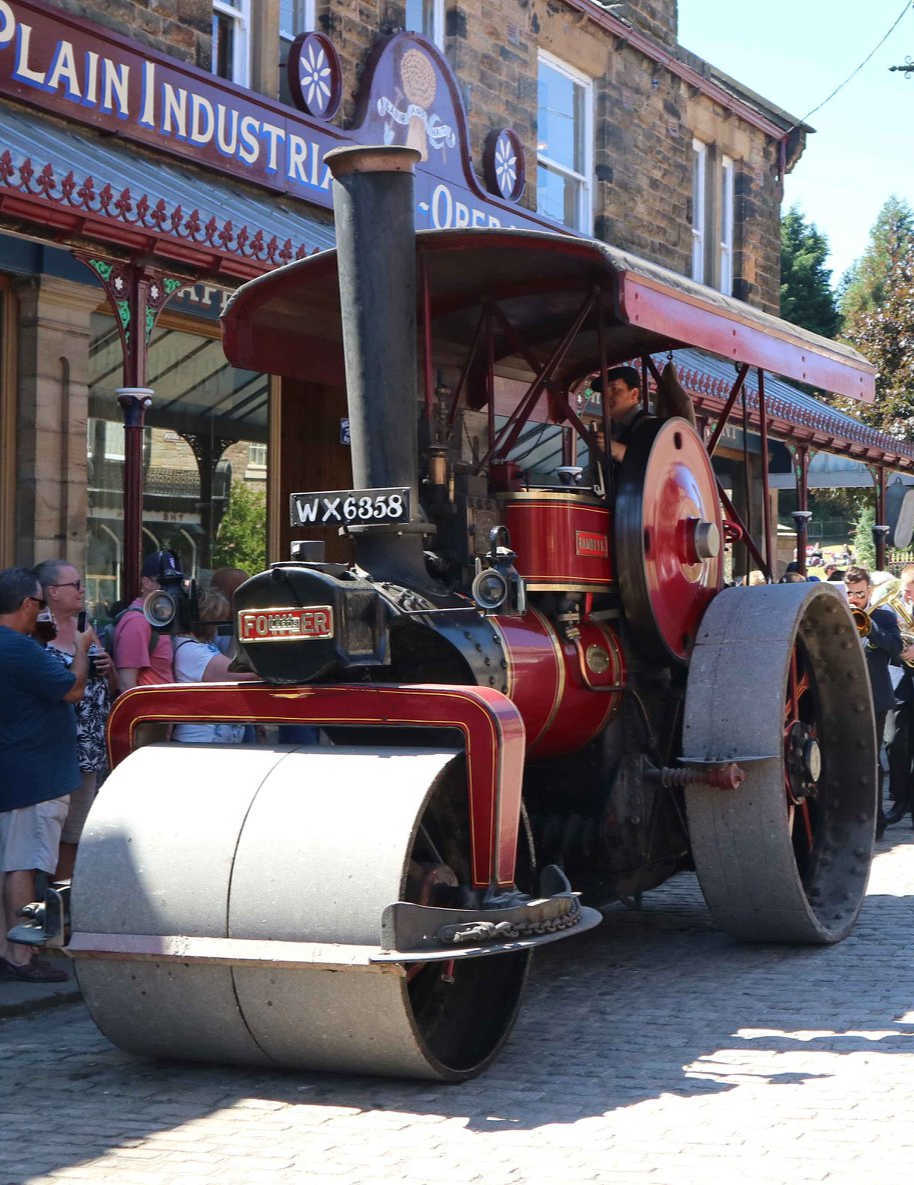 What is there to see and do there?

The Beamish museum has grown significantly over the years and is now a large area divided up into smaller regions that house memorabilia from different eras. The 8 main sections for you to explore include:

The village of Pockerley remains locked in the 1820s and includes a number of buildings that were present at this time. This includes:

The Quilter’s Cottage is the most recent addition to the village and explains the story of Joseph Hedley who was murdered back in 1826. Joseph was a local Georgian quilter and his death was a major publicity story. The cottage that you see there today is an almost exact replica of how it looked all those years ago.

It is a great demonstration of the commitment and hard work the museum staff put into maintaining as much authenticity as possible. For example, the flagstones on the floor are the exact ones where Joseph stood more than 200 years ago. And the design of the cottage is based off a postcard that was produced at the time of his death.

The Pit Village is a wonderful example of what it was like to live in a coal mining village back in the early 1900s. This was the time when coal production was at its highest in the area, so villages and towns like this would have been dotted all across the north of the country. And once again, there’s a wide selection of classic homes and businesses to visit, including:

You also have Francis Street, which is a street of terraced houses belonging to the locals.

Jump on the tram, and head on over to the 1900s Town. Which happens to be the favorite spot for many of the people visiting Beamish Museum. This wonderful little town truly does feel like a set out of an old-fashioned movie! They’ve created all of the typical local amenities, right through from Heron’s Bakery to the Sun Inn pub. Other buildings to stop into include:

And once you’re done seeing the local stores, you can relax in Redman Park, whilst the kids go wild in the fairground. They can play on the Gallopers and even try their luck at the coconut shy.

Did you know that, back in 1913, more than 165,000 men and boys worked in mines in Durham? Coal soon came to represent the most important industry of the region and Durham alone had more than 300 mines. Well, the Beamish Museum colliery is the best way to discover what working in and around a coal mine was really like.

You can take a guided tour that leads you down into an underground mine, where you’ll see the working conditions of thousands of men and children. When you’re back up on land, you can then visit the following sites:

The 1940s Farm offers a chance for you to experience what life was like living in a typical northern English farmhouse during the war. Inside, you’ll find all original furnishings, including a classic Aga. And you’ll be greeted by sounds of wartime news and music being played over the radio. Perhaps the best way to soak up the atmosphere is by participating in the twilight baking experience.

Here, you’ll learn how to make typical wartime food with rations homeowners would have received. As well as the farmhouse, you can also explore Orchard & Garden cottages and British Kitchen. End your visit by exploring old tractors and farm equipment dotted around the fields.

Perhaps the most exciting feature you’ll find is the Rowley Station at Museum open-air museum. And if you visit during the busier summer months then you can hop on the old steam locomotive that is still in operation today.

Well, be sure to leave enough time to explore Rowley Station, which is the exact same station that was once located in Consett, Durham. It was dismantled and transported to Beamish where, in 1976, it was once again reopened.

Remember that policy we mentioned earlier of “unselective collecting”? Well, as you might imagine, this policy led to the collection of an incredible array of objects that originate from all walks of life. This collection ranges right through from business records to early video games.

As well as old furniture and objects that the locals would have had lying around their homes. But what’s so fascinating about the Beamish Open Stores are that all of these objects are dotted around for you to sit on or hold. Unlike most traditional museums where everything is hidden behind glass cages. You can also gaze endlessly at the stockpile of more than 2 million photographs they have to show!

With so much to see and so much to do, how do you plan on getting around the Beamish Museum? Well, you’ll be silly not to use the Beamish Tramway! It’s open all year round and is responsible for carrying thousands of tourists from stop to stop. Not only is it a wonderful timesaver, it is also an experience all unto itself.

It was first opened in 1973, but has undergone extensions over the year to allow you greater freedom in where you’d like to visit. It gives you the chance to see what it was like riding a tram in the early 1900s. Even the poles that support the overhead electrical system were recovered from old English tram lines and refurbished to be used in Beamish. 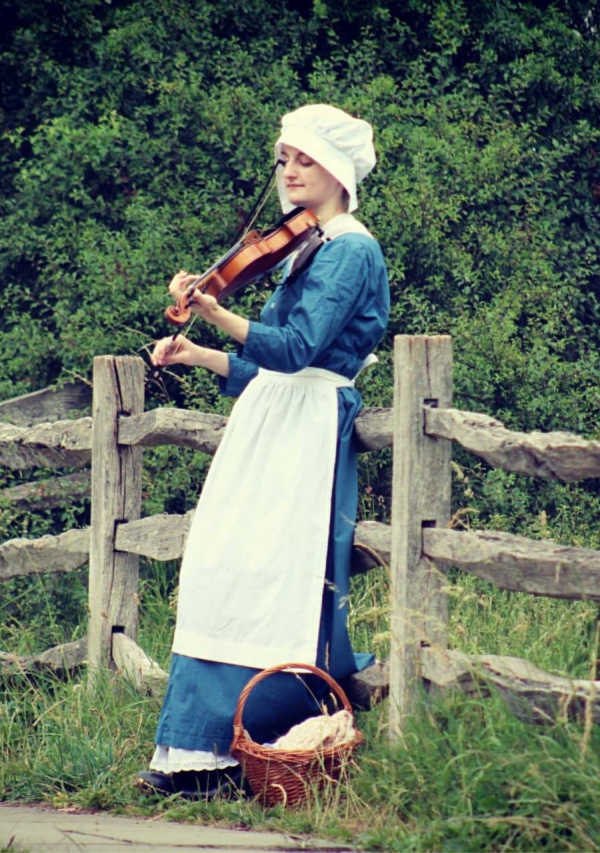 When is it open?

In 2018, the opening times of the Beamish Museum are as follows:

The Beamish Museum is closed on each of the following days:

It is best that you allow between 3 and 4 hours for your visit, so as to have enough time to visit all of the wonderful sites. Also, you are only allowed to enter up until 3 pm, after which admission for the day closes. Visit their website for more information and to buy Tickets for Beamish Museum

We use cookies to ensure that we give you the best experience on our website. If you continue to use this site we will assume that you are happy with it.OkRead more