There is no exact date as to when the County Durham came into existence, but the area has had an official administrative presence for more than 1300 years. In that time, it has seen the rise and fall of a number of monarchs and was once a vital stronghold against invading Scots. To help you understand a little more about this diverse and popular English county, here are 6 interesting facts about county Durham.

1. Home to one of the world’s first World Heritage Sites

Originally built back in the 11th century, Durham Castle is one of the best-preserved examples of Norman motte and bailey castles. For over 900 years, the castle has been in constant use and was once a key strategic landmark for the ruling Normans. It’s also interesting to note that the castle is the only one built in the UK that has never suffered a breach. With such a rich and lengthy history, it is almost unsurprising that it is a part of one of the world’s first World Heritage Sites. The Durham Cathedral and Castle World Heritage Site was given its title around the same time as the palace of Versailles and the Taj Mahal.

Neil Fingleton was crowned Britain’s tallest man back in 2007. At 7 ft. 7 inches he beat out the reigning Guinness World Record holder at the age of 26. Since that time he played a number of rather exciting roles in Hollywood movies including 47 Ronin, Jupiter Ascending and Avengers: Age of Ultron. Most recently he played Mag the Great in the award-winning TV series, Game of Thrones. Sadly, Neil died in February 2017.

3. It’s the birthplace of English Mustard

Few things are as British as English mustard, and County Durham was the official birthplace of this much-loved condiment. Its story begins back in the early 1900’s, when one Mrs. Clements decided to grind up mustard seeds in order to get more flavour out of them. She developed a paste out of this process that quickly became popular all over the UK. After being passed down to her daughter, the family business was eventually sold to the Colman’s of Norwich. 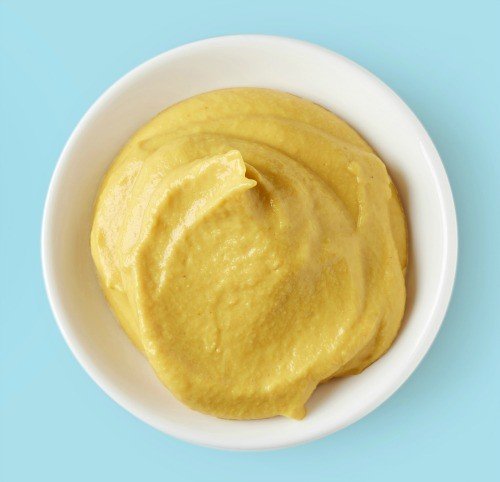 The Causey Arch was built back in 1725 and is officially the world’s oldest surviving single-arch railway bridge. Upon completion, its main purpose was to transport coal and empty wagons to the River Tyne. At its peak, the bridge saw more than 900 horses a day dragging carts back and forth to serve this vital British industry. It is interesting to learn that, upon its completion, the bridge’s designer committed suicide due to the fear he had that it would collapse. It would appear that his fears were rather unfounded as it’s now stood for almost 300 years. If you fancy something nice to eat, there is a lovely pub right opposite that we would recommend Causey Arch Inn, you can make an afternoon out of it.

The World Cup as we know it today was founded in 1930. However, back in 1910, Sir Thomas Lipton organised an earlier edition of an international football tournament in Italy. He asked the English Football League to allow him to recruit an English side to compete and they denied him. After a strange turn of affairs, he ended up selecting a team from West Auckland, which was made up of miners. They went on to win that tournament 2-0, beating out Juventus 2-0. Two years later, they returned and once again beat Juventus in the final. As of writing, the whereabouts of the tournament trophy is unknown as it has been missing since the late 1900’s.

Known locally as, “The Big Meeting”, the Durham Miners Gala is now the world’s largest Socialist Trade Union event that is still held. Each year, up to 150,000 descend on the county to take part in the event. It started back in 1871, and 2018 will mark the 134th gala. If you choose to attend, you can expect to find brass bands playing music through the streets accompanied by cheering clouds and bright coloured banners.

If you live in this beautiful part of the UK and need cleaning services get in touch.